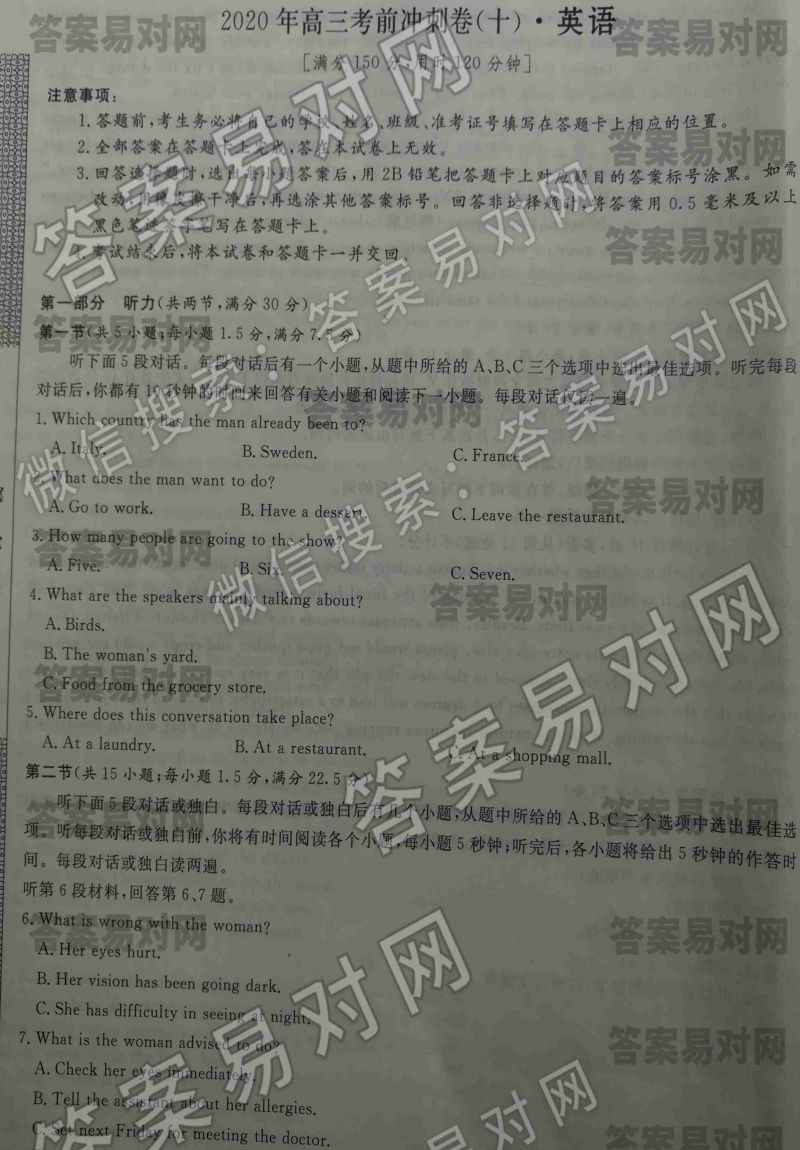 While small may be beautiful, tall is just plain uncomfortable it seems, particularly when it comes to staying in hatels and eating in restaurants.

The Tall Persons Club Great Britain （TPCGB）。 which was formed six months ago to campaign for the needs of the tall, has turned its attention to hotels and restaurants. Beds that are too small, shower heads that are too low, and restaurant tables with hardly any leg-room all make life difficult for those of above average height, it says.

But it is not just the extra-tall whose needs are not being met. The average height of the population has been increasing yet the standard size of heds, doorways, and chairs has remained unchanged.

"The berding industry says a bed should he six inches larger than the person using it, so even a king-size bed at 6'6"（6 feet and 6 inches） is falling short for 25% of men, while the standard 6'3"bed caters for less than half of the male population. "Said TPCGB president Phil Heinricy "seven-foot beds would work fine.”

Similarly, restaurant tables can cause no end of problems. Small tables, which mean the long-legged have to sit a foot or so away from them, are enough to make tall customers go elsewhere,

Some have already taken note, however At Queens Moat Houses' Caledoman Hotel in Edinburgh，6'6* beds are now put in as standard after requests for longer beds from taller visitors, particularly Ameri-cans.

24. What is the purpose of the TPCGB campaign？

A. To provide hetter services.

B. To rebuild hotels and restaurants.

C. To draw public attention to the needs of the tall.

D. To attract more people to become its members.

24.选C细节理解题。根据第二段中的“which was formed six months ago to campaign for the needs of the tall, has turned its attention to hotels and restau-rants”可知， TPCGB是为了让公众注意高个子的一些特殊需求。故选C TPCGB president Phil Heinricy，